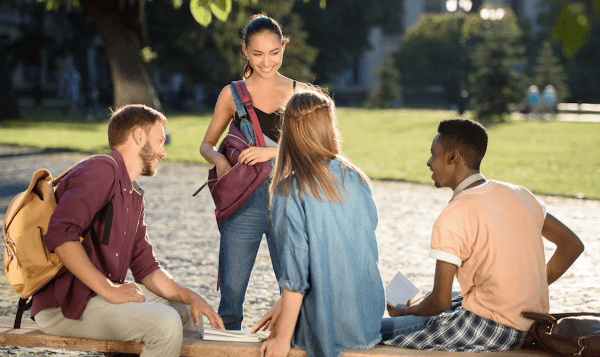 Cannabis eCHECKUP TO GO is a brief online, personalized feedback intervention designed to motivate college students to reduce cannabis (marijuana) use by correcting misperceived social norms and providing education on cannabis use. After completing a web-based assessment on demographic measures, cannabis consumption, cannabis consequences and perceived social norms, participants receive standard personalized feedback on their cannabis use and information on their perceptions of cannabis use norms versus actual use prevalence at their university and nationally. The goal of this feedback is to highlight the discrepancies between student perceptions and actual prevalence among peers to increase cognitive dissonance related to their own use. Additionally, participants receive a list of protective behavioral strategies and are asked to consider using these change strategies to help reduce their cannabis use. Finally, they receive suggestions on what they could purchase (i.e., cell phone bills, streaming services) if they save the money they would spend on cannabis.

Blueprints has certified one study evaluating Cannabis eCHECKUP TO GO.

To date, the Washington State Institute for Public Policy has not conducted a cost-benefit analysis of implementing Cannabis eCHECKUP TO GO.

An Early College High School offers enrolled students an opportunity to earn an associate degree or up to 2 years of college credits toward a bachelor’s degree during high school at no or low cost to the students. Often described as “small schools that blur the line between high school and college,” the model is designed to enable students to take college courses while still receiving support from high school staff. Many early college models target students who are traditionally underrepresented in postsecondary education, including minority students, students from low-income families, and students who are in the first generation of their families to go to college.

The early college is a comprehensive school reform model that focuses explicitly and purposefully on preparing all of its students for college. Core design principles include: 1) partnering with colleges and universities for enrolled high school students to take college courses; 2) providing opportunities to take college-level courses to all students, not only those who are academically advanced – with some models specifically focusing on dropouts or students at-risk of dropping out of high school; 3) giving students a wide variety of academic and social supports, including personalized relationships; academic tutoring; advising; help with study skills, time management, self-advocacy, and other college “life skills;” and college preparation. In addition, early colleges provide students with supports in the formal transition to college, such as assistance in completing college applications and financial aid forms. Some early colleges also have other design principles for adults in the school (for example, professional development focused on a common vision and a collaborative, learning environment for staff).

Edmunds et al. (2017, 2020) conducted another multisite randomized controlled trial with lottery assignments. This single-state study included 20 cohorts of students who applied to one of 19 early colleges and enrolled in ninth grade from the 2005-06 to 2010-11 school years. The sample of 4,054 students was followed to six years after completion of 12th grade. Compared with the control group, intervention students were more likely to enroll in postsecondary education (2 years after high school graduation), attain a postsecondary degree (within 2 and 6 years after graduation), and attain an associate degree (6 years after the end of grade 12).

Growth Mindset for 9th Graders seeks to teach adolescents that intellectual abilities are not fixed but capable of growth with dedicated effort. The program focuses on reducing negative beliefs about effort (e.g., having to try hard or ask for help means you lack ability), fixed-trait attributions (e.g., failure stems from low ability), and performance avoidance goals (e.g., never looking stupid). During regular school hours, students complete two self-administered online sessions that last approximately 25 minutes each and occur roughly 20 days apart. The first session starts in weeks 2-5 of the fall or spring semester, and the second session starts in weeks 5-10 of the same semesters. The sessions include scientific information but also ask students to help in communicating these ideas to others and to apply them to their own life.

The first session covers the basic idea of a growth mindset – that an individual’s intellectual abilities can be developed by taking on challenging work, improving one’s learning strategies, and asking for appropriate help. The second session invites students to deepen their understanding of the growth mindset and its application in their lives. Students are not told outright that they should work hard or employ particular study or learning strategies. Rather, effort and strategy revision are described as general behaviors through which students can develop their abilities and thereby achieve their goals.

Since the intervention is computerized, materials can be delivered as designed without extensive researcher involvement or facilitator training and geographic constraints and logistical burdens are reduced, thereby providing scalable techniques to improve students’ approach to learning and achievement in high school.

Yeager et al. (2016) conducted a randomized controlled trial with 3,676 ninth-grade students in 10 high schools in 4 states. Participants were randomly assigned to the growth mindset intervention (n=1,646) or to a control group (n=1,630) which completed online sessions providing basic information about the brain. Compared to the control group, intervention participants demonstrated significantly greater improvement on self-reported measures of growth mindset by the end of the second online session. At the end of the semester, GPA was better for intervention students but only for those with low prior achievement. On a related measure of poor grades, the intervention group did significantly better overall than the control group.

Yeager et al. (2019) and Zhu et al. (2019) examined a nationally representative sample of ninth-grade students who were randomly assigned to an intervention group (n=6,700) or a control group (n=6,720), with both groups completing online sessions of differing content. Yeager et al. (2019) focused on 6,320 low-achieving students, while Zhu et al. (2019) focused on the full sample. For both the low-achieving subsample and the full sample, relative to the control group, intervention students showed significantly fewer fixed mindset beliefs at posttest and higher GPAs in core subjects at the end of the school year.

To date, the Washington State Institute for Public Policy has not conducted a cost-benefit analysis of implementing Growth Mindset for 9th Graders.

ParentCorps enhances pre-K programs in schools and early education centers serving primarily children of color from low-income communities. The program takes a two-generation approach by supporting both parents and children. It helps the important adults in children’s lives – parents and teachers – create safe, nurturing and predictable environments at home and in the classroom and improves relationships and communication between parents and teachers. These changes scaffold children’s acquisition of self-regulation skills, and together, sustained changes in the environment and self-regulatory capacity contribute to improved mental health and achievement in childhood and adolescence. The program consists of 14 weekly sessions, which are held in the school during the evening and co-facilitated by mental health professionals and pre-K teachers or other school staff. Parent and child groups meet separately first but are brought together so that parents can practice new skills.

2. Parenting Program for families of pre-K students (14 2-hour sessions) to provide opportunities for parents to come together, share ideas, learn about evidence-based practices, and support each other in parenting effectively.

In the first study, Brotman et al. (2011) tested the program’s impacts in a cluster randomized controlled trial of eight public schools within in one school district in New York City. Equal numbers of schools were randomized to either receive the intervention (n=4; 118 children) or services as usual (n=4; 53 children). Data were collected at baseline and posttest from parents, children, teachers, and in-home observations of parent-child interactions. At posttest, compared to the control group, children who received the intervention had significantly fewer teacher-reported behavioral problems (composite of externalizing, internalizing, oppositional defiant and conduct disorders) and their parents displayed more effective parenting practices.

In the second study, Brotman et al. (2013, 2016) and Dawson-McClure et al. (2015) conducted another cluster randomized controlled trial in two highly disadvantaged school districts in New York City. Five schools (n=561 children) were randomized to the intervention group and five schools (n=489 children) were randomized to an education-as-usual control group. In this study, professional development included pre-K and kindergarten teachers and paraprofessionals; thus, the posttest assessment occurred at the end of kindergarten. Additional measures were collected at the end of the first- and second-grade years. Compared to the control schools, participants in the intervention schools scored significantly higher on a kindergarten achievement test (posttest), teacher-rated academic performance (posttest and two-year follow-up), and behavioral problems as measured by a composite of externalizing and internalizing behaviors (two-year follow-up). Additionally, at posttest, intervention parents had higher self- and teacher-rated effective parenting.

To date, the Washington State Institute for Public Policy has not conducted a cost-benefit analysis of implementing ParentCorps.

In this talk, Dr. Gardner spoke about her work analyzing intervention moderator effects using both individual participant data and aggregate level meta-analysis, including some large systematic reviews she is conducting for the World Health Organization (WHO) Guideline on parenting interventions to reduce maltreatment of children. These studies have implications for understanding the effects of interventions on health and social inequities, and for adaptation strategies. She also spoke about her WHO and UNICEF collaboration, “Parenting for Lifelong Health”, which involves developing, adapting, and testing parenting programs in sustainable systems in low-and middle-income countries, with recent randomized trials in the public health system in Thailand, the conditional cash transfer system in the Philippines, and in three middle-income countries in southeastern Europe. Frances Gardner, DPhil, is a Professor of Child and Family Science in the Department of Social Policy and Intervention, and Director of the Evidence-Based Social Intervention and Policy Evaluation, at Oxford University. View the presentation here.

Prevention registries such as Blueprints for Healthy Youth Development play an important role in informing practitioners, funders and policymakers about interventions that are likely to improve the lives of youths and their families. This webinar first presents an overview of Blueprints, followed by a demonstration on navigating the registry’s website and tailoring searches to locate effective interventions that fit local communities’ unique needs and circumstances. It concludes with a discussion on what the field considers best practices in making adaptations to effective interventions to increase cultural appropriateness without modifying core components, or the essential intervention activities deemed necessary to produce desired outcomes. Watch the presentation here.

In August 2021, Blueprints released results of a one-year follow-up survey (administered between May and June 2021) that was initially conducted in May 2020 with contacts listed for the Blueprints certified programs on how evidence-based interventions had responded to, and begun to plan for, the aftermath of the COVID pandemic. Results show most programs have experienced a small (or no) impact in delivering services as a direct result of COVID. However, a wide range of modifications to service delivery and implementation strategies were reported – findings that remained relatively stable over time. Download the full report here. END_OF_DOCUMENT_TOKEN_TO_BE_REPLACED

If you are interested in staying connected with the work conducted by Blueprints, please share your email to receive quarterly updates.

Blueprints for Healthy Youth Development is
currently funded by Arnold Ventures (formerly the Laura and John Arnold Foundation) and historically has received funding from the Annie E. Casey Foundation and the Office of Juvenile Justice and Delinquency Prevention.